The route to accreditation

To become an accredited mediator in family and divorce disputes, you must complete two components, namely:

Once the candidate has received certificates for both the theoretical and practical components, he/she can apply for accreditation at any NABFAM-affiliated body.

Our certificates will be sufficient proof that the candidate meets the theoretical and practical requirements for accreditation.

Features of the course

1. Features of the theoretical component

2. Features of the practical component

4. Why mediation instead of litigation?

(English and Afrikaans training will run simultaneously, but in different Zoom sessions)

(English and Afrikaans training will run simultaneously, but in different Zoom sessions) 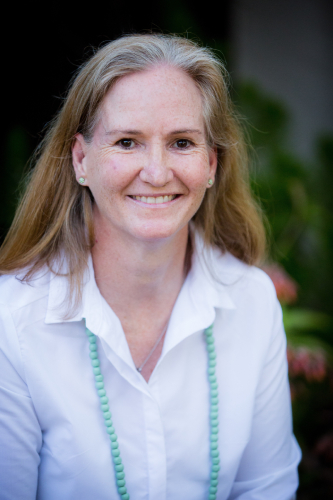 Claire holds BA (Psych Hons) and LLB degrees from the University of the Witwatersrand and has worked in the divorce and family mediation field for the last 20 years as mediator and trainer. She has provided training in both the NGO and private sectors – training professionals predominantly from the legal and mental health sectors.

Since August 2020 Claire is one of the directors and head of the training division at Solid Ground, an initiative that offers counselling, family and divorce mediation services, school and youth programmes, parenting workshops, and a broad range of professional talks, webinars and training courses.

From 2000 to 2020 she worked at Family Life Centre, where she was the main trainer, designing and updating training material and content, supervised mediators, acted as mediator herself, and had consultations with clients to explain their legal rights and obligations in the event of divorce and/or separation.

Claire is committed to growing an ethical mediation profession in South Africa – a goal to which she has contributed by training a large number of mediators over the years. She is also currently the Chair of the National Accreditation Board of Family Mediators (NABFAM) and represented Family Life Centre on NABFAM for the past 10 years.

NABFAM sets accreditation standards for mediation trainings and mediators as well as an ethical code of conduct for mediators. She also sat on the Executive Committee of the South African Association of Mediators (SAAM) between 2010 and 2016.

Claire is passionate about mediation and strives to provide an alternative to litigation – to reduce the emotional and financial upheaval experienced by families going through divorce or dealing with conflict on issues relating to children or finances.

Melindi spent most of her formative years in Potchefstroom, matriculating from Potchefstroom Gymnasium, and obtaining her 4-year degree in Social Work at the North West University in 1993. She completed her Honours in Psychology through UNISA in 2002, as well as her LLB in 2012, also through UNISA.

Melindi has been a social worker for more than 18 years with, inter alia, the Department of Correctional Services, CMR, FAMSA and Childline. She completed her articles in 2009 and has since been admitted as an Advocate of the High Court of South-Africa. She is working as a mediator in the family and divorce sector since 2010 and has provided Family and Divorce Mediation training since 2013.

She is a well-respected speaker, and in 2012 presented the topic “Co-mediation between lawyers and therapists” at the 59th Annual Conference of the International Commission on Couple and Family Relations (ICCFR) in Boston, USA. In 2015 she was invited to speak at the Conference again, this time in Berlin, Germany, on “Child Care and Contact – Changing times, impacts of time on family life”. In 2016 she presented the topic “Standards for Family and Divorce Mediators – International and National” and in 2017 she facilitated the workshop “Maintenance and Accrual Calculations”, at the respective Annual Conferences of the South African Association of Mediators (SAAM). She was a member of the Executive Committee of SAAM during 2016/2017, with Training as her portfolio.

Thank you so much for the great experience, insightful discussions and excellent information / tips received on the Practical Conveyancing for Attorneys Course! Your courses have never failed to exceed my expectations.

I would just like to send a testimonial regarding the practical conveyancing course that I attended last week with Melissa.

I have been working in a conveyancing department for about a year now and I am amazed at how much I actually learnt. There is so much that I didn’t know and was not taught.

After the first day I went home and told my husband that I was so extremely excited to go back to the course the following day as it was so interesting and I learnt to much. Even the…

Thank you for the excellent presentation; I found the course very enlightening and I will definitely attend more courses offered by the Centre for Conveyancing Practice. Please thank Melissa on my behalf.

Lillian du Plooy & I recently attended your Conveyancing typist course in Johannesburg and would just like to say how much we enjoyed the course and how enlightening it was. Melissa has such a passion for what she does making her such an outstanding lecturer.

My daughter and I attended the Basic Diploma course which was given by Melissa. Thank you for this opportunity we both enjoyed it very much. I myself have been on other courses but I must admit this was the best one so far. The explanations and examples given were so informative. I would recommend anyone to do this course. Please congratulate everyone especially Melissa on the awesome work done.

I would like to inform you that i have passed the notary exam on first attempt. Thanks for your assistance.